Obviously, our work has been greatly impacted by the outbreak of the world pandemic and, during this time our focus has been directed towards lessening the impact of this virus; for example, daily lunches for the elderly, grants for food, PPE, rent subsidies and emergency medical care.

Funding of a scheme to provide refills for gas cylinders is one example of support that we have been able to give. In Nepal, life still remains very difficult with many families struggling to make ends meet due to the consequences of coronavirus. Our Projects’ Liaison Officer has researched how best to support the community. He suggested that although families have received food rations, not only from Help Tibet but also from other organisations, the cost of refilling a gas cylinder for cooking is a monthly expense (£9), which is hard to find when so many are not working. We have funded a gas cylinder refill scheme for 526 families in the 5 Tibetan settlements in the Pokhara area.

We are uncertain when Trustees will be able to visit; however, we are in regular contact with our partners in Nepal, who are able to update and advise us on the situation. 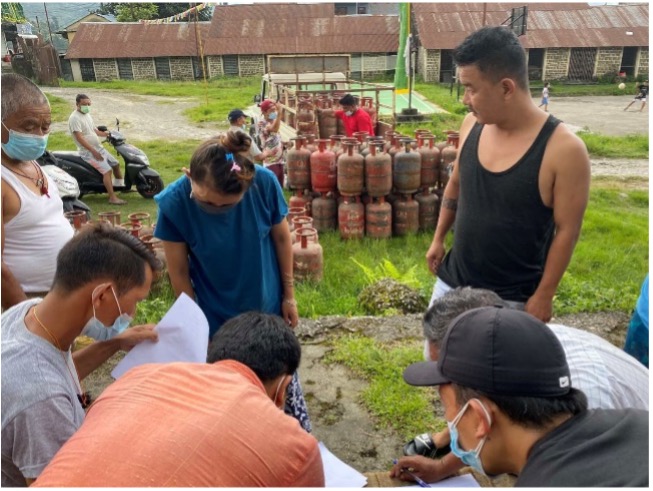 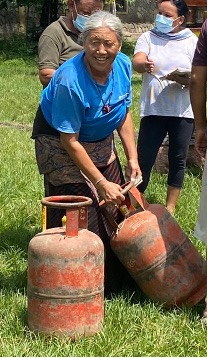 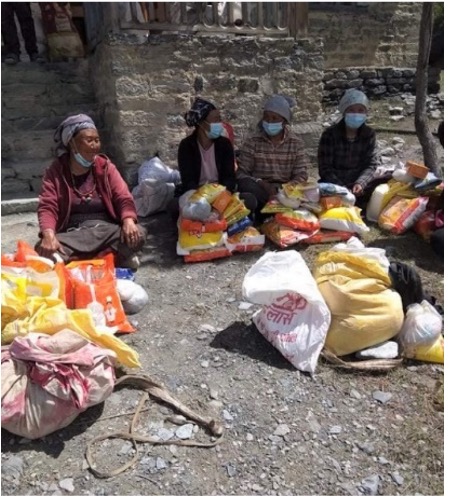 Some of the Manang residents picking up their food rations

Weather patterns have changed drastically in Nepal. Excessive rainfall has given rise to an increase in landslides and flooding. Below are 2 examples of financial aid to help Tibetan communities deal with these issues.

In August 2021, the Tibetan community, living in the high altitude Manang area, requested support to help them through a critical time caused by flooding, which damaged the road to Manang so badly that no vehicles could get through. They were running out of food and needed supplies urgently for 70 families.

An alternative route had to be found quickly. The rations were sourced in Pokhara, a small truck was hired, in Muktinath the truck was unloaded, and the food transferred onto mules – the only practical way to take everything over the Thorung Pass (17,000 ft.) to Manang.

Once everything arrived, the very scattered Tibetan community in Manang was called to come to the school from where the rations were distributed.

Flooding in the Pokhara Area

In Tashi Ling Settlement, in Pokhara, the drainage system has not been able to cope with the heavy rainfall, causing homes to flood and boundary walls to collapse. Urgent repair work was undertaken and completed in 2 months.

In Jampaling Settlement, which is east of Pokhara, the heavy rains have caused concern, especially amongst the elderly, who daily circumambulate the temple at dawn and dusk. A new path was completed enabling all residents to walk around the area in safety. 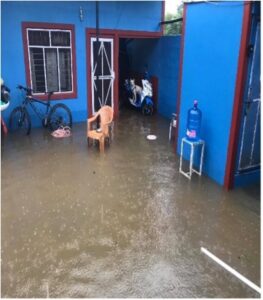 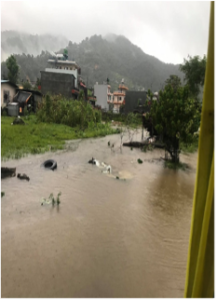 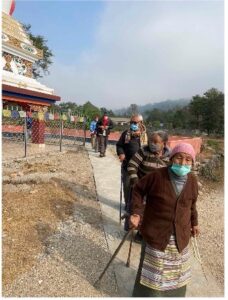 Residents making use of the path in Jampaling

This website uses cookies to improve your experience while you navigate through the website. Out of these cookies, the cookies that are categorized as necessary are stored on your browser as they are as essential for the working of basic functionalities of the website. We also use third-party cookies that help us analyze and understand how you use this website. These cookies will be stored in your browser only with your consent. You also have the option to opt-out of these cookies. But opting out of some of these cookies may have an effect on your browsing experience.
Necessary Always Enabled
Necessary cookies are absolutely essential for the website to function properly. This category only includes cookies that ensures basic functionalities and security features of the website. These cookies do not store any personal information.
Non-necessary
Any cookies that may not be particularly necessary for the website to function and is used specifically to collect user personal data via analytics, ads, other embedded contents are termed as non-necessary cookies. It is mandatory to procure user consent prior to running these cookies on your website.
SAVE & ACCEPT